Students Learn About the Effects of Arson through Courtroom Drama 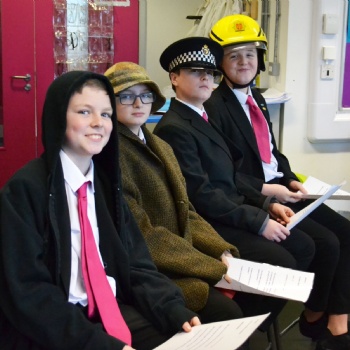 This week at The Bourne Academy Year 8 students took part in an exciting workshop called ‘Heathland Arson Courtroom Drama,’ delivered by the Urban Heath Partnership and supported by Dorset Fire and Rescue Service.

The session was very engaging and students learned about the devastating effects of heathland fires and the dangerous consequences of arson. Students acted out all the roles of a courtroom, including a judge, the accused, defence lawyer, police officer, fire fighter and witnesses to the crime of Arson.